Chapin maintains an extensive archive of the School's history. We welcome you to explore these pages and delve into Chapin's past through images and stories from our collection. 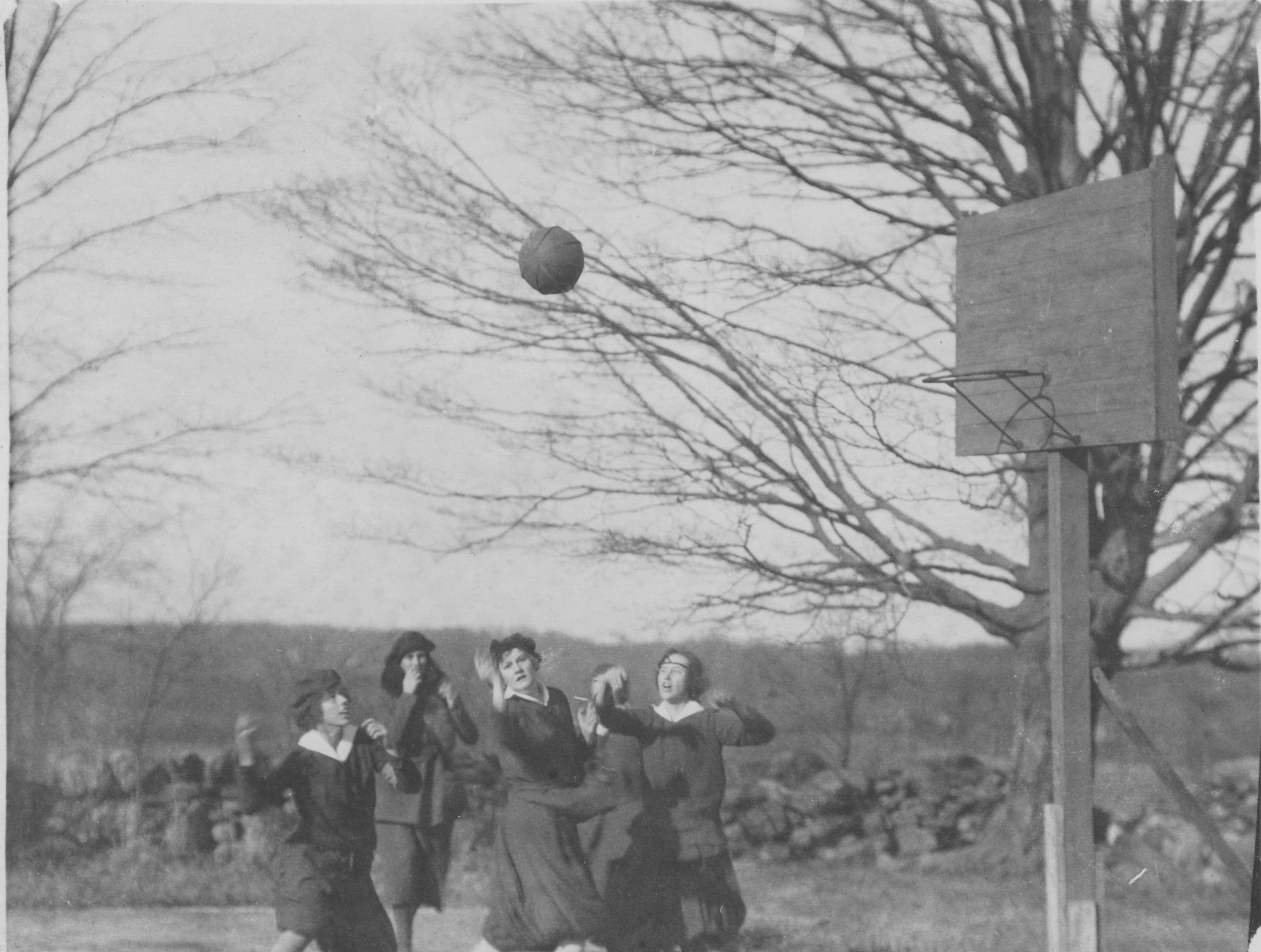 At Chapin, our JV and Varsity basketball programs are thriving as dozens of Lower and Middle School girls are preparing for future greatness with our Gator Hoops program. As we celebrate Chapin basketball’s bright present and future, few of us are probably aware of just how far back basketball goes in Chapin’s past.

Images from the Archives show that Chapin girls were playing hoops in the school’s earliest days, at least as far back as 1911. Their athletic uniforms, courts, and equipment looked quite a bit different, but the thrill of competition and the fun of play were much the same.

Click here for more basketball photos from the Archives. 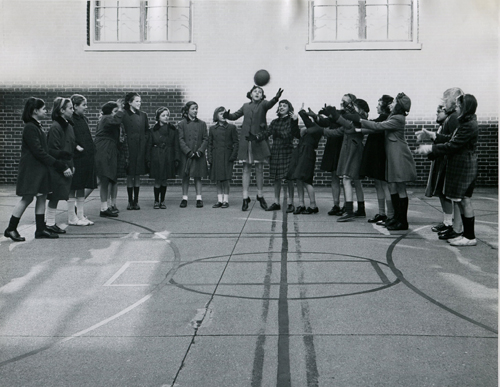 On any given morning with beautiful weather, you are likely to see a line of Chapin Lower School students crossing East End Avenue to go to Carl Schurz Park for recess. They take turns on the monkey bars, build imaginary houses beneath the trees and play every variation of tag known to man. For many, such play times are likely to become their fondest memories of their early days at Chapin.

Many Chapin alumnae have similar vivid memories of recess, though likely from a different setting than Carl Schurz Park. Until the construction projects of 1998, which included the Annenberg Center, the redesign of the Gordon Room and the building of a new gym and play deck, recess at 100 East End Avenue occurred at different times in two enclosed outdoor play spaces. There was “the roof” and “the yard,” as they were known to students.

Click here to view images from the Archives. You will see Chapin students from the 1950s enjoying a moment in the sun — or the snow — during recess on “the roof” or in “the yard.” The settings may be different than they are now, but the joy of play remains the same. 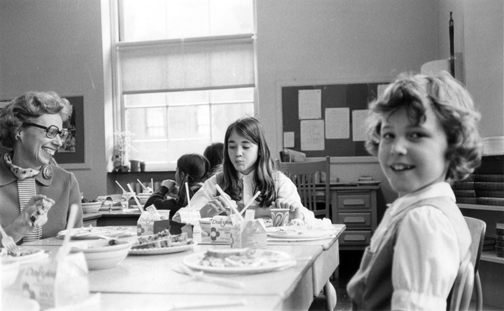 On any given day at Chapin, Middle and Upper School students, faculty and staff congregate for lunch in the Gordon Room. Nourishment and fellowship, quiet conversations and vibrant group discussions — they all take place over delicious meals. The Gordon Room is so central to life at Chapin that it is hard to imagine the school without it.

So what did Chapin's lunch rooms look like in the past? Prior to the renovation of the Gordon Room in the late 1990s, lunch took place in different locations and the meals were served in a different manner. Photographs from Chapin's archives highlight these differences, but are also a reminder that lunch has always been a way for the school community to come together.

Click here to see images of meals from Chapin's archives. 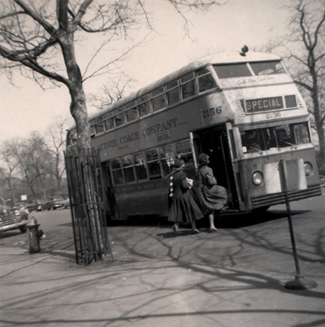 For many students, the start of September means riding the school bus again. Most people think of school buses as bright yellow, but they haven’t always been that way, as the above photo from Chapin’s archives remind us. Buses used to ply the avenues between Chapin and students’ homes, although they always delivered students to the North Door. 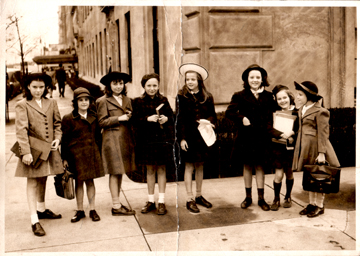 Rare it is these days to stroll down Park Avenue in the morning and see a group of girls dressed with such panache while awaiting the school bus. This photograph from the 1940s depicts Katharine Douglas '49, fifth from left, with seven schoolmates.

Each year in May, Chapin students put aside their schoolwork for a day and enjoy outdoor games from ultimate frisbee to tug-of-war at Field Day, a Chapin tradition for over 100 years. While today’s students travel to Roosevelt Island and Asphalt Green for the festivities, a century ago students traveled to Hartsdale, New York.

Past students also went to Hartsdale for another unique event, which nonetheless shares some similarities with Field Day. Chapin students staged a “Greek Games” festival that honored the ancient Greek tradition that led to the modern Olympics. In the photo above, which was taken in 1915, you can see Chapin girls competing in a tug-of-war while wearing togas and laurel wreaths. Click here to see more photos from the games.

Chapin’s Drama Club was founded in 1920, bringing William Shakespeare’s Twelfth Night to the stage for its first performance. Its repertoire has varied over the years; in 1925, the club performed the Chinese play Yellow Jacket, which received a rave review in The Wheel, Chapin’s literary magazine. Click here to see more photos from the Drama Club. 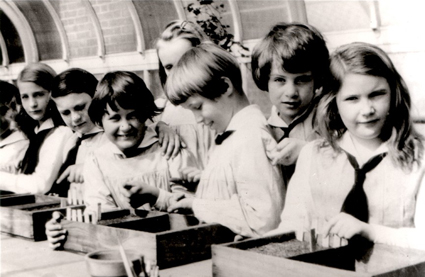 As spring approaches and crocuses appear, Chapin alumnae might think back to the time they spent in Chapin’s greenhouse. With its succulents, green fronds and warming sunlight, the greenhouse has always been a welcome place to study botany or just take a moment to admire the plants. Click here to see more photos of the greenhouse throughout Chapin's history. 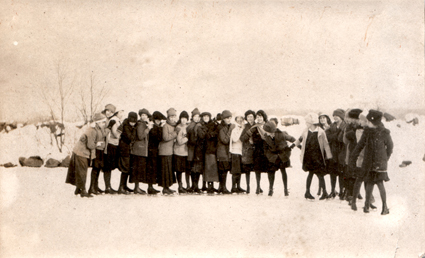 Chapin’s annual Ice Skating Party gives students a chance to practice their spins — or to simply find their footing on slippery ground. And for Upper School students who would rather slalom than skate, there’s the annual Ski Trip, usually held over Martin Luther King Jr. weekend. But in Chapin’s early days, neither of those activities existed; instead, students got their winter-sports fix in Hartsdale, New York. Miss Chapin would take the girls up to the Westchester town on some Saturdays for skiing, sledding and skating. Click here to see more pictures of past Chapin winter excursions. 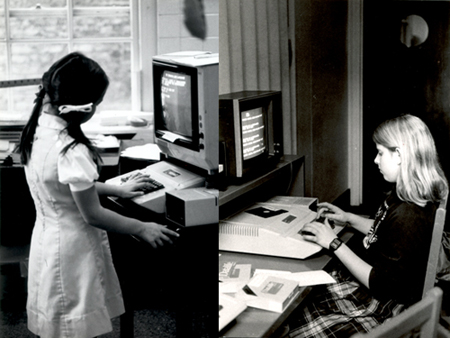 For today's Chapin students, technology is a daily part of learning. Can you imagine a time when computers were a novelty? In these two photos, Chapin students from the mid-1980s discover a new world on some of the earliest personal computers. Not a flash drive was in sight for these girls, who used floppy disks. And do you recognize the Casio calculator watch (worn by Susan Delafield Thornberry ’87)? It was one of the fads of the time. 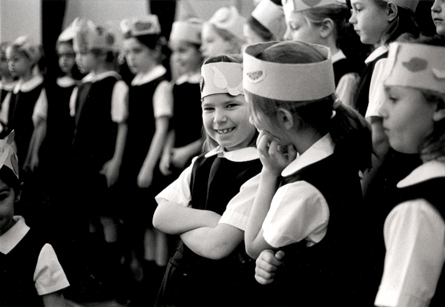 Chapin’s Thanksgiving celebration has changed very little over the years. Lower School students still wear headdresses decorated with fruit and sing a selection of songs. A few of them process up the Assembly Room’s aisle and offer bowls of food, representative of the harvest, to Upper School students. And there is always a display of canned goods that have been collected for donation. Click here to see more photos of Chapin's Thanksgiving celebrations. 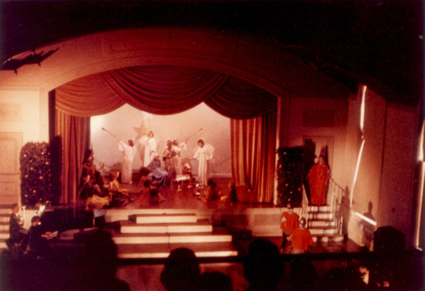 Chapin’s holiday celebrations have taken varied forms over the years, from a music teacher unearthing a long-unheard Renaissance carol for the girls to sing to a student performing an original dance to the beat of an African drum. In this photograph from 1959, you see one form that is part of Chapin’s history: a holiday play. Through the foliage are Middle School students enacting their roles as angels, long trumpets included. The tradition of handbell-ringing continues at Chapin through the present day. Click here to see more pictures of Chapin holiday celebrations. 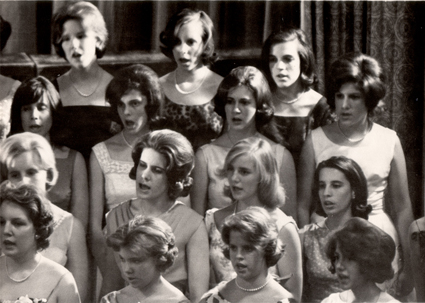 A Chapin girl is never far from a tune, whether it’s singing at assemblies, playing the piano during Middle School News or ringing handbells at holiday concerts. These days, a student might even sing in Mandarin as part of her Chinese homework. The image above doesn’t reveal what these girls were singing, but we do know that they were members of the Choral Club, photographed in 1963. Click here to see more photos of Chapin's music program. 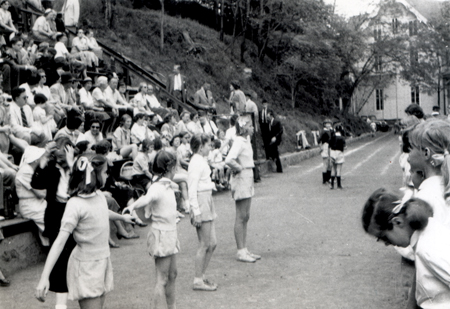 Chapin students and alumnae alike are well-versed in cheering for the Green and Gold, which is exactly what Middle School students are doing, quite officially, in this photograph from Field Day in 1955. It shows the "Middle School Cheer Contest," and while that event has gone the way of those stylish bloomers, students in Classes K through 12 continue to shout their classmates toward victory each May in a slate of contests, from soccer and obstacle courses to the traditional tug of war, at Chapin's annual Field Days. Go Green! Go Gold! 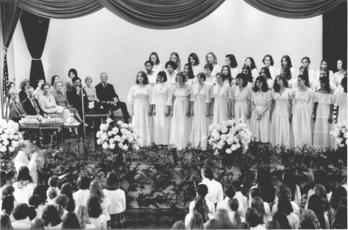 There are some things about Chapin Commencement that never change. Peonies frame the stage; students accept their diplomas proudly from the Head of School; Classes 8 through 11 sing with the graduates and contemplate how it won't be long until they are the ones wearing white and moving on. This photograph shows Commencement in 1978, with former Head of School Mrs. Berendsen and the trustees on the Assembly Room stage. 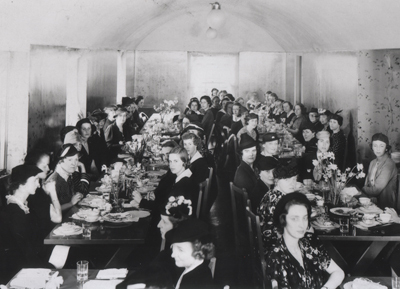 Each April, Chapin alumnae gather for Reunion and the annual meeting of the Alumnae Association. What did the very first one look like? As you can see above, the inaugural Reunion group from 1937 featured some differences from the alumnae of 2010 — more feathers in hats, perhaps — but there are so many similarities as well. Alumnae still sit together at long tables, usually with classmates or fellow graduates from their decade, and the Reunion luncheon still takes place within the school building at 100 East End Avenue. The room you see here is the old lunchroom, which was on the fifth floor, a shocking fact for Chapin students of today.

Chapin's 2020-2021 school year begins virtually on September 9, 2020, with new Head of School Suzanne Fogarty, and continues, beginning October 5, with an in-person, hybrid and virtual program to meet the needs of all students during the COVID-19 pandemic.

Chapin Athletics introduces the Captains' Council. The council aims to serve as a supportive platform for captains to connect across sports and seasons, while providing students the opportunity to interact in a different leadership capacity. 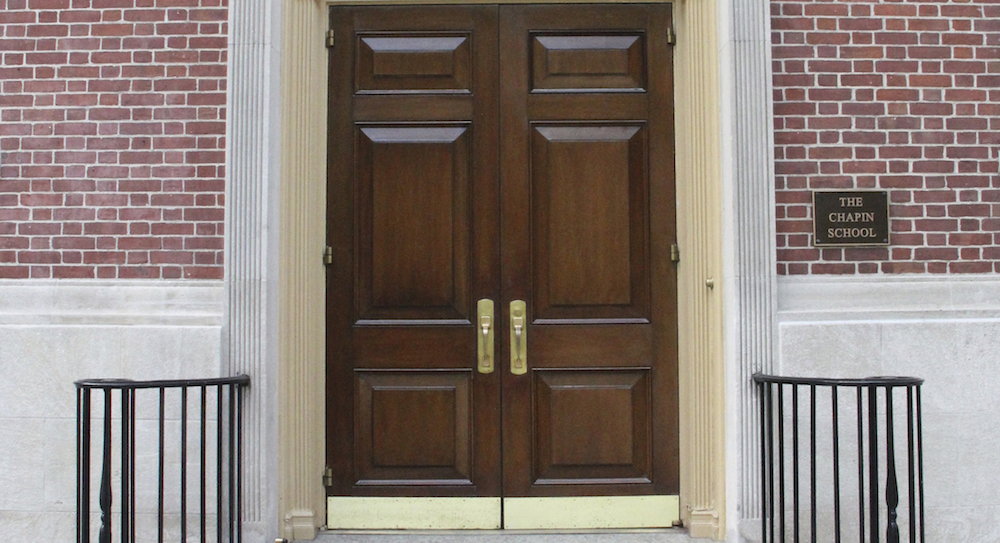 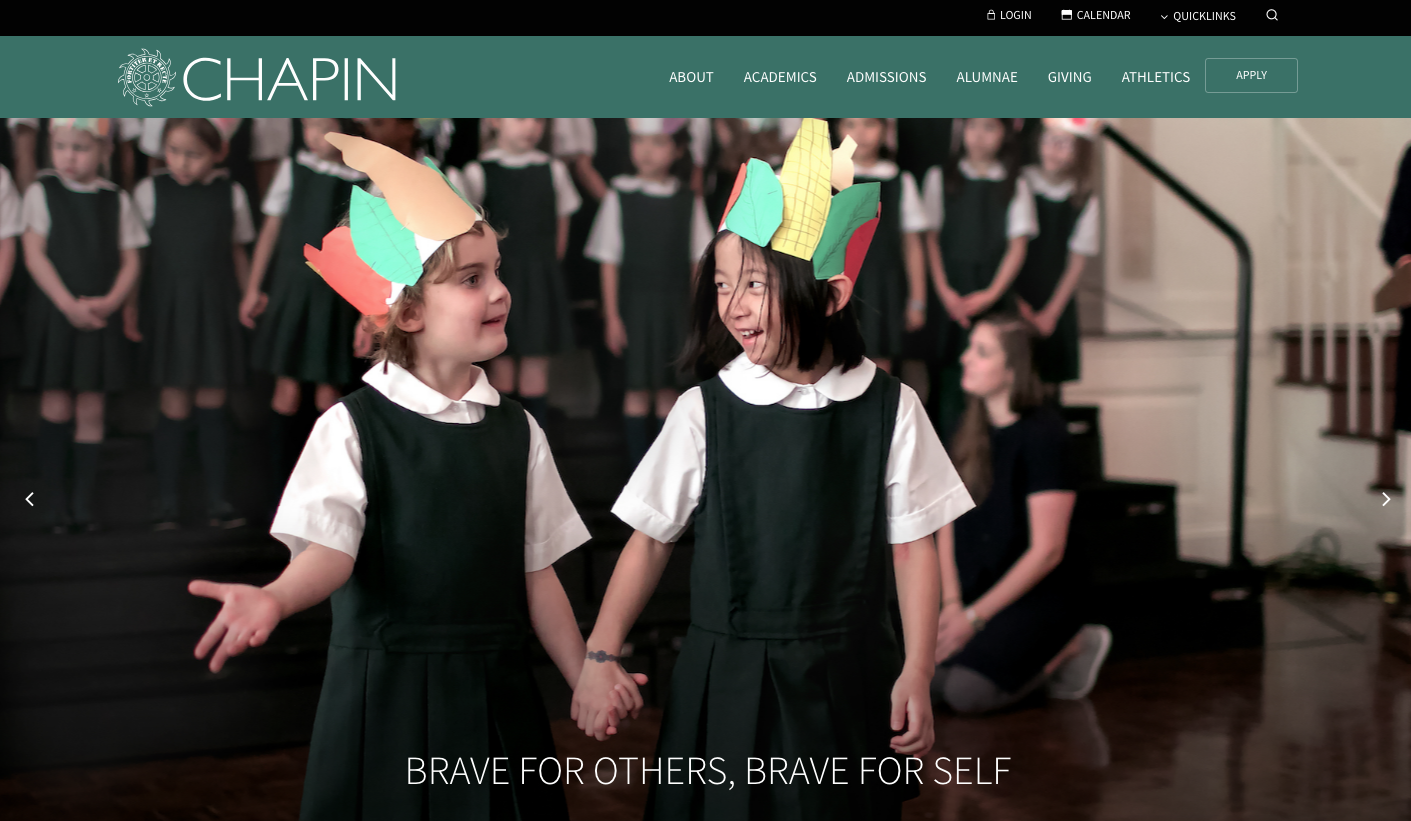 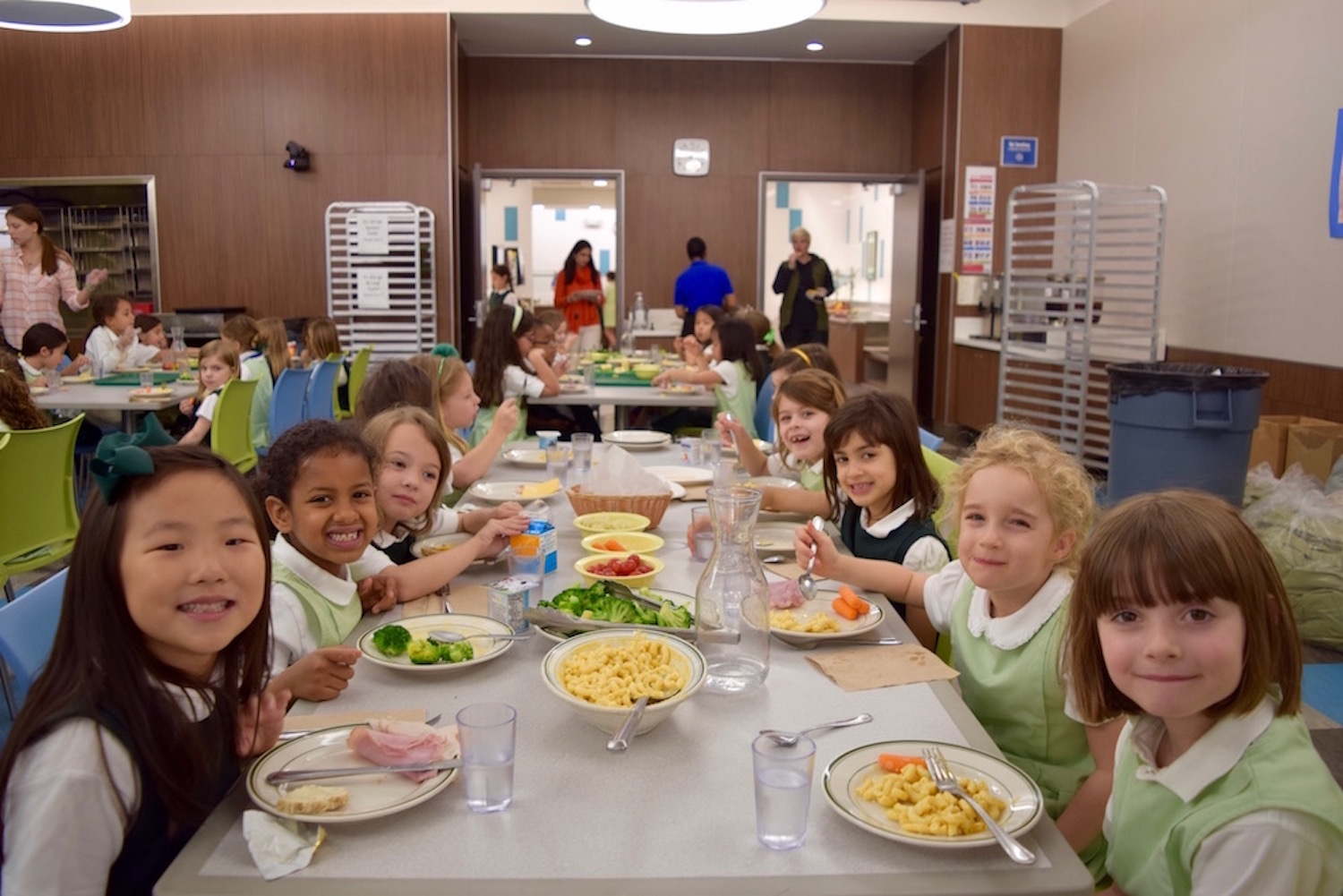 Construction of the new Lower Level Dining Room is completed, serving students in Kindergarten through Class 5 and affording the School an additional gathering space.

Chapin marks the 90th anniversary of the Board of Trustees.

Chapin marks the 100th anniversary of the Alumnae Association.

Chapin launches a new website, made possible by generous financial support from the parents of the Class of 2011.

Completion and dedication of new facilities. 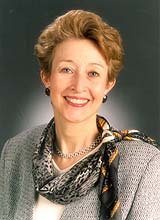 The Chapin School celebrates its Centennial. 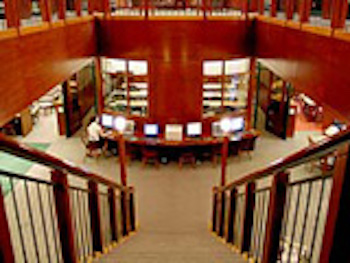 New facilities, including the Annenberg Center for Learning and Research, are completed and dedicated. 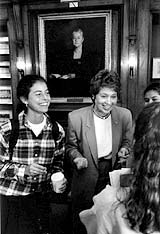 Major construction and renovation in the main and wing buildings is completed.

Chapin students participate in the Model United Nations conference at Harvard for the first time. 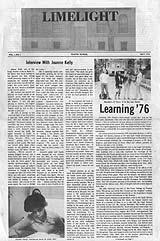 The first edition of Limelight, the student newspaper, is published.

The Chapin-Brearley Academic Exchange is established, permitting girls in both schools to take courses offered by Chapin or Brearley.

Renovation of the Ethel Grey Stringfellow Wing is completed.

The Interschool Program is established to provide expanded opportunities for students in curricular and extracurricular areas.

Students form the Multi-Media Club and go out to report from the street with a videotape machine.

The School purchases the adjacent building, at 535 East 84th Street, to be known as the Ethel Grey Stringfellow Wing.

The Parents' Association is formed. 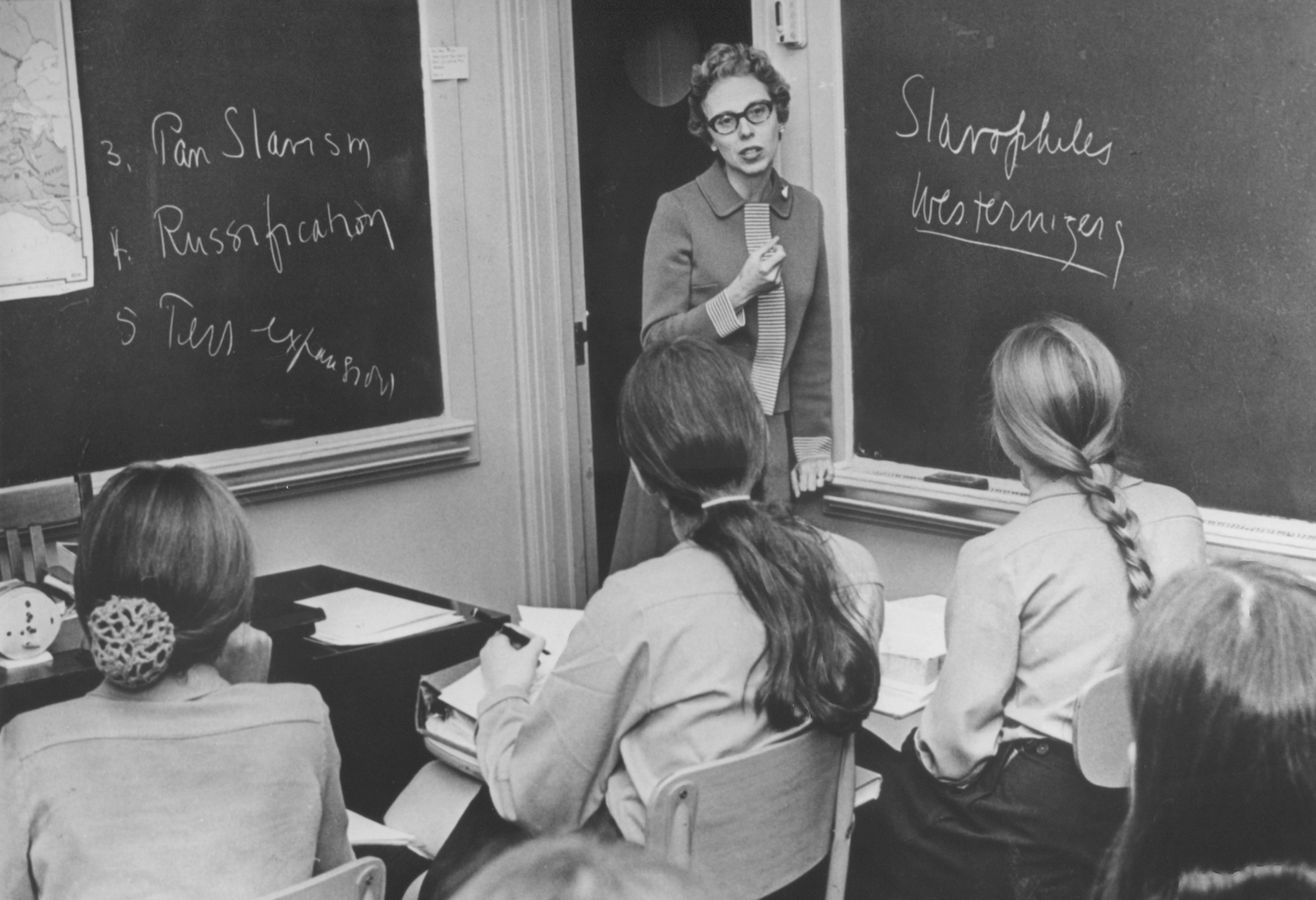 Students form a Current Events Club, including a debating society.

Most Club Nights are devoted to activities to advance the war effort. 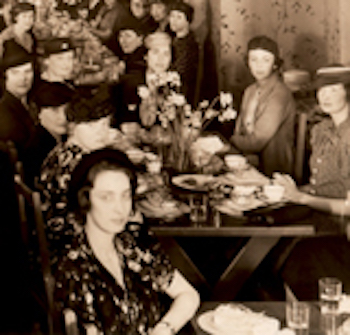 One hundred people attend the first alumnae luncheon at the School on April 21, 1937.

Author Pearl S. Buck comes to Chapin to speak at News about the situation of women in China.

The name of the School is changed to The Chapin School, Ltd.

Older girls are able to attend concerts, lectures, operas and plays in the afternoons. 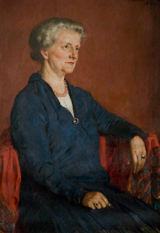 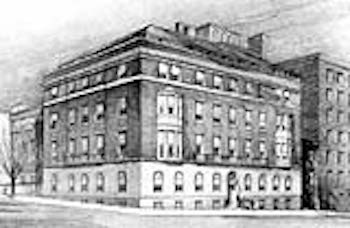 The School moves to a new building at 100 East End Avenue.

The School is incorporated as Miss Chapin's School, Ltd.

The enrollment is 319 students.

The School orchestra makes its first appearance and provides music for a school dance competition at Club Night. 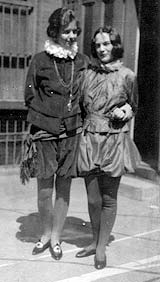 The Dramatic Club forms and presents Shakespeare's Twelfth Night as its first play.

The first issue of The Wheel, Chapin's literary magazine, is printed.

The Alumnae Association is formed by Miss Chapin to do war and welfare work. 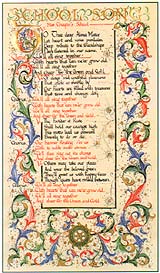 Students write the school song around this time, with help from music teacher Mrs. Cartwright. 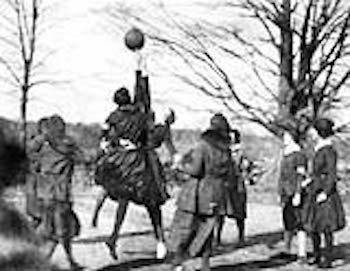 The Athletic Association is formed. 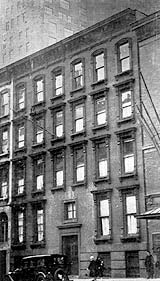 Miss Chapin sets up science laboratories in the basement of the East 58th Street building.

The School moves to two townhouses at 46 and 48 East 58th Street.

A carpentry class is started at the School.

Elocution and penmanship are important parts of the curriculum. 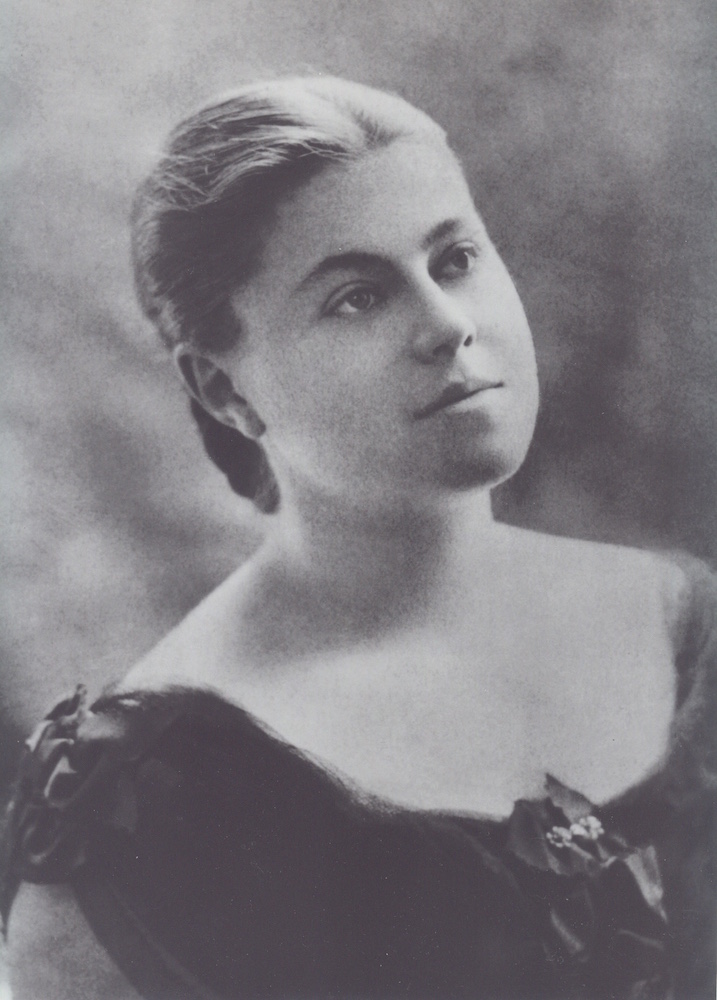