The Irish Experience in Words and Music 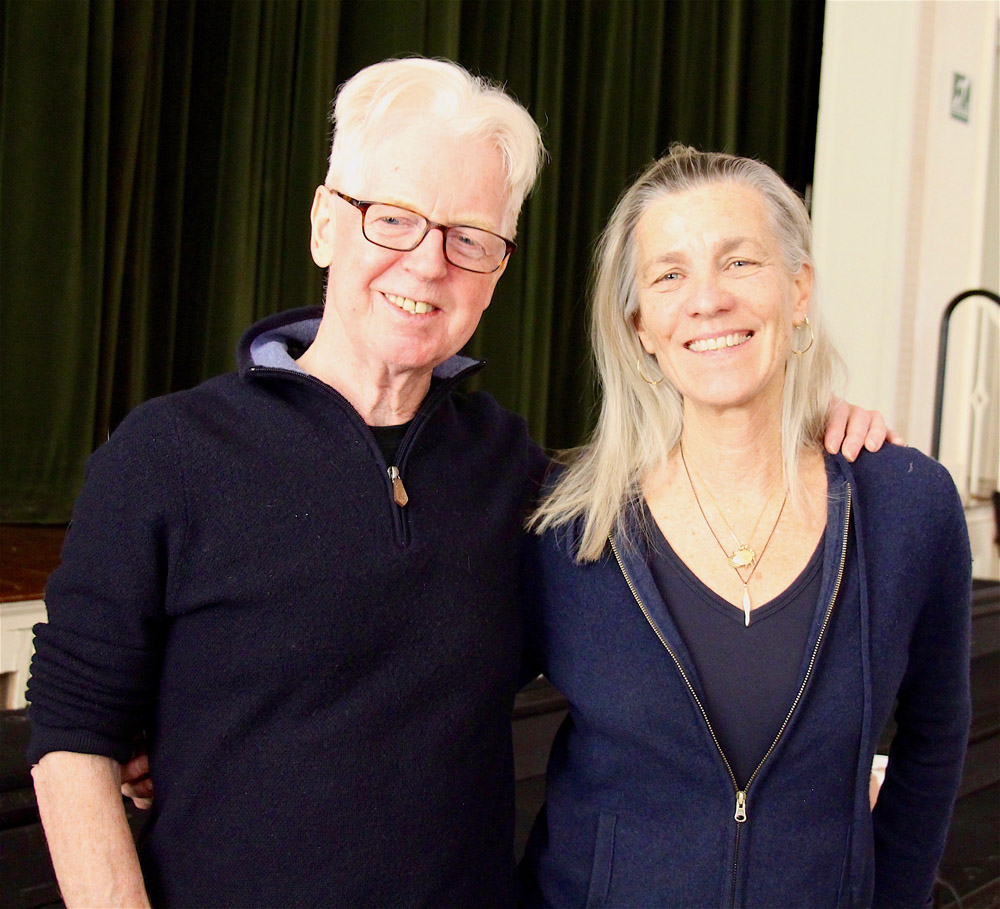 As a boy growing up in southeast Ireland, Larry Kirwan was taught to stay away from “tinkers,” the ethnic nomads whose ragged caravans dotted the roads around Wexford, his hometown. Yet, he was somehow drawn to these itinerant drifters, who were also known as travelers or gypsies.

“The tinkers fascinated me. I learned a lesson from them that propelled me to be an artist and brought me to Chapin today,” explained Mr. Kirwan during an engrossing Upper School News in early March. His presentation centered on his experiences as a proud Irishman, a compassionate immigrant and a creative storyteller best known as the co-founder and lead singer of Black 47, the New York-based Irish rock band that reigned from 1989 until 2014.

With the Class 8-12 students listening eagerly, their guest speaker unraveled the story of a remarkable life. Raised by a beloved grandfather, who “used to tell me stories to broaden my outlook and open up my world,” Mr. Kirwan gravitated to popular music from an early age. He loved the Beatles as well as American artists like Otis Redding and Sam Cooke, whose songs played on the family radio.

Mr. Kirwan taught himself guitar and dreamed of becoming a songwriter. One day, he recalled, he came upon a group of tinkers celebrating a wedding. Instead of passing them by without a second glance, he decided to stop. He sensed something exciting was about to happen.

As the young Mr. Kirwan looked on in amazement, a man “with hair the color of dirty snow” began to sing a breathtaking song about a woman named Molly Bán, who was loved by two men, one of whom ended up with a broken heart. “All of a sudden, that clicked for me: Songs should be about love and the power of love,” commented Mr. Kirwan, who is also an accomplished radio host, producer and writer, with more than a dozen publications, including plays, musicals, novels and a memoir, to his credit.

Standing at the microphone, Mr. Kirwan lifted the strap of his acoustic guitar over his shoulder and began to play “One Starry Night,” a traditional Irish tune that he has made his own. “I want you to visualize Molly,” he instructed the students as he strummed. And then his rich voice, imbued with an unmistakable Irish accent, rang out:

After the evocative song, the Assembly Room erupted in applause. “Did you see her? Did you see Molly?” he asked, his blue eyes shining. The students nodded with enthusiasm.

In 1973, when Mr. Kirwan was 19 years old, he immigrated to the United States and settled in Manhattan’s East Village. “In New York, you can reinvent yourself to be anything you want to be,” he explained. He played in several bands before forming Black 47 with New York City police officer Chris Byrne in late 1989. Named for the worst year of Ireland’s devastating potato famine of 1847, Black 47 built a fierce following as the group performed regularly at Irish pubs in the Bronx and Manhattan, including the fabled Paddy Reilly’s.

Black 47, Mr. Kirwan noted, was heavily influenced by Five Points, the mid-19th-century immigrant slum in Lower Manhattan, where Irish and African-American people bonded over their mutual struggles. Thus, his band’s music had “Irish melodies on the top and African-American beats on the bottom,” he said.

Mr. Kirwan’s 2012 musical, “Hard Times,” also featured this eclectic music. “I took the music and story of American amalgamation and turned it into a musical about hope, inclusion and identity,” he explained, adding that the production featured two oppressed communities: African-Americans, who were former slaves, and the Irish, who escaped the Great Hunger (the Irish Potato Famine).

Then Mr. Kirwan, who is also the author of the non-fiction volume, “A History of Irish Music,” played once more, this time a moving rendition of a Stephen Foster song, also entitled “Hard Times.” As the audience members clapped their hands to the beat, Mr. Kirwan’s melodic guitar and impassioned voice filled the room with dazzling sound.

After chatting with a trio of students who stayed behind, Mr. Kirwan kindly agreed to pose for a photograph alongside his wife, June Anderson, Chapin’s Middle School Arts Integrator and Dance Teacher. Through words and music, this powerful storyteller definitely gave the Upper School students much to think about.

Browse photos from the assembly below: