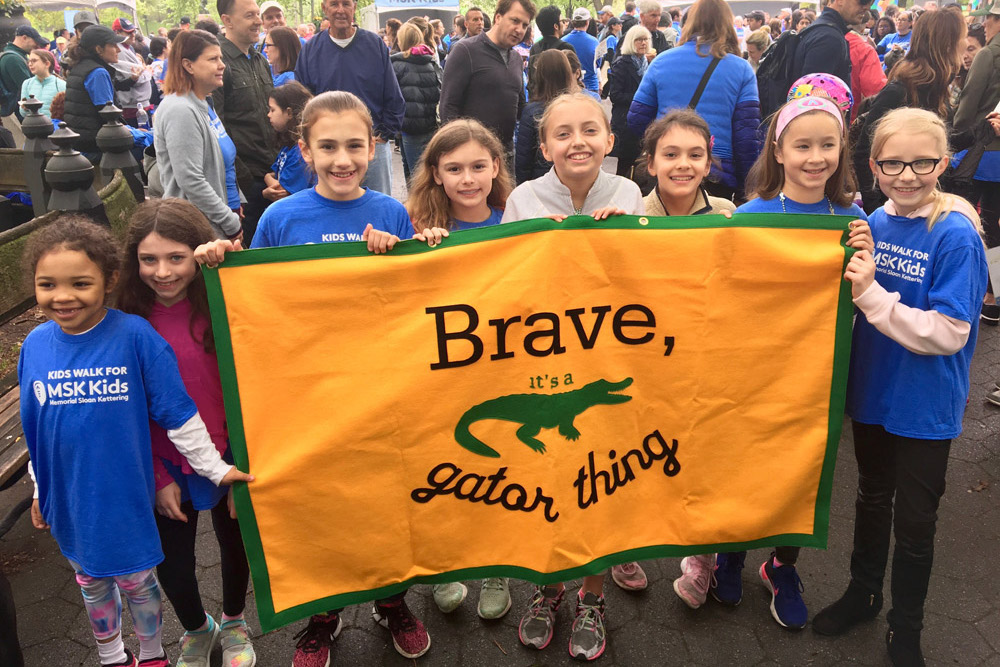 On Saturday, May 4, wearing blue-and-white T-shirts and holding bright banners, a large contingent of Chapin students, professional community members and parents came together for a powerful purpose: to raise funds for pediatric cancer research, the focus of this year’s Miss Chapin’s Project.

Despite the morning’s cloudy skies and periods of rain, nothing could dampen the enthusiasm of the students, representing each division, and the other tireless team members, who together raised more than $23,000 to support this vital cause.

Over the course of several months, students learned about the Walk, and their interest and excitement grew. Eye-catching signs made by Lower School students were displayed in elevators and hallways throughout the School. In addition, Chapin’s Nurse, Cathy Parker, shared information about pediatric cancer at Assemblies in each division. A Class 6 student and her close friend from another school, who survived pediatric cancer, also spoke with Middle School students about their experiences.

Thank you to all the Kids Walk participants who stepped out to help children with cancer. Miss Chapin would be so proud!

Browse photos from the Walk below: